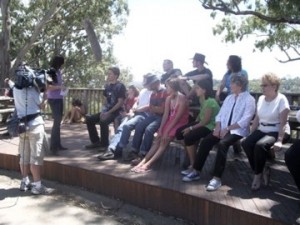 Dean runs regular harmonic singing workshops every Saturday (10.30am to midday) in the Rotunda at Darling Gardens opposite Clifton Hill Station.

He has been regularly teaching harmonic singing to thousands since 1994. Participants can expect to develop the ancient skills quickly with Dean’s knowledge, teaching and communication skills.

One of the finest harmonic singers in the world – Dean has released several albums including ‘Barefoot in the Sky’, ‘Ambient Voice’, and ‘Magic Sounds’ with Move Records and ‘Harmonic Spheres’ with Aajinta. 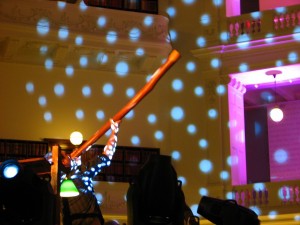 His harmonic voice has appeared on soundtracks to award-winning films ‘Salt’, ‘A Little Bit Mongolian’, ‘Meta 3,1/Km² (Iceland) and featured on TV and radio programs including ABC’s Enough Rope and Guinness Book of World Records television (Italy and Greece).

SKYPE – Dean has been teaching overtone singing to students on Skype since 2008 around Australia and the world including Germany, US, China, Malaysia and Japan, Europe and Ecuador. Skype is a great way to learn regardless of what country or region you live.

Dean began singing harmonics in 1993 and has been regularly teaching it to groups and individuals since 1994. It is one thing to have the skills and another to be able to communicate them. He has a rare ability to rapidly transfer the ancient knowledge of the intricate vocal and breathing skills to anyone who is able to speak and take some direction.

Award winning documentary ‘Salt’ featured music from ‘Harmonic Spheres’ by Dean’s group Aajinta to provide soundscapes of the vast land and sky in a marriage of art and nature. This tune ‘Iridium’ sings the skies. It is atomic element number 77 named after the Greek Goddess, Isis.

This superb documentary Meta 3,1/Km², created by Sandro Bocci features the nature of Iceland set to music by a selection of artists. Dean and Linda Laasi piece ‘Moon Bear Mantra’ begins at 15 minutes and 10 seconds. Thanks to Sandro for permission to feature the whole documentary here.

Dean loves singing harmonics in dynamic acoustic spaces like the Victorian State Library. He particularly loves the challenge of adapting his harmonic resonance with caves, domes, and structures.

Dean’s former student Jan de Kretser, Governess of Victoria invited his students to visit and sing harmonics in Government House. This film excerpt features individual skills of many of the students.