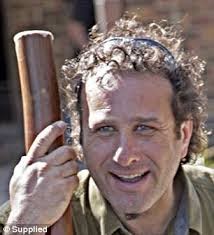 Dean Frenkel is a skills analyst, vocal coach, speech guru, writer, author and one of the world’s best harmonic overtone singers. He has the ability to get the best out of his clients who have won awards for opera, country, rock and broadcasting and achieved Guinness world records. In 2007 he was appointed Visiting Fellow for The Vocal Group at WAAPA and he currently lectures in Public Speaking and Communications at Victoria University.

His voice has appeared on soundtracks to award-winning films, TV and radio programs including ABC’s Enough Rope and Guinness Book of World Records television (Italy and Greece). He has released several albums including ‘Barefoot in the Sky’, ‘Ambient Voice’, and ‘Magic Sounds’ with Move Records, “Barefoot in The Sky’ with David Jones and had a regular voice analysis segment on ABC radio Adelaide. Dean’s books include ‘The Singer’s Minifesto’, ‘The Essential Meditation Guide’, ‘The 8th Natural Wonder’, and ‘Evolution of Speech’

Dean’s Wellness Breathing Program is designed to extend the power of breath and voice and his Voice Analysis Report enables students to have their vocal skills mapped. Dean’s is a qualified hypnotherapist and vocal skills specialist who loves the challenge of bringing out the best in his students. Dean teaches individuals, groups and on Skype.

Author (All books are available from the shop)